The Pennsylvania Auctioneers Association hosted the PA Auctioneer Competition this past January 2020 in Harrisburg PA at the Farm Show Complex during the PA Farm Show. This year I decided to compete in the PA Auctioneer Competition. The last time I was on the competition stage was almost 30 years ago as a new auctioneer. I had a blast and earned the title of Top Female Competitor! For those of you who have never been there, I suggest you make the trip in January 2021. It is a competition auction that is open to the public and you can buy from the top auctioneers in Pennsylvania!

The town of Spring City, Pennsylvania started the fall season off with an exciting two day auction of local historical significance. The building and contents of the Mowrey-Latshaw Hardware Company located at 77 N. Main Street was sold at auction by Kimberly K Auction, LLC.

On November 1st and 2nd Kimberly K Auction, LLC in conjunction with James Gibson, Sr sold the historic hardware store that was built in the early 1870’s and opened its doors in 1875. The store consisted of four floors and eleven rooms, each packed full. The real estate also included a joining building with two apartments. During its heyday, the hardware store employed over 20 skilled people. The store had its own tinsmiths, roofers, plumbers, stock boys and counter workers. The showroom still retained its original counters, floors, wainscoting, tin ceiling and signs. The back rooms of storage still housed new-old-stock Victorian door, window and cabinet hardware as well as a huge quantity of more recent supplies.

Auctions like this are becoming more rare. Because of the vast amount of items contained within, the auction set up took over 6 weeks of consistent work from the auction crew and owner. Every day more early and historical items would be uncovered. Some items had been found in their place since the turn of the century.

The auction went smoothly with two auctioneers selling simultaneously in different parts of the building. Auctioneers Kim Douglass, owner / operator of Kimberly K Auction, LLC along with James Gibson, Sr. originally from the Spring City area and Patrick Morgan of New Holland, sold items throughout the two day auction. Day 1 consisted of box lots, newer hardware and tools, along with some older store items. Day 2 consisted of some of the most interesting items such as new-old stock, tin patterns, coal and heat stove items and early tin working and carriage tools. There was a colorful tin WHIZ sign that brought $440 (all prices quoted include Buyer’s Premium). A Mowrey-Latshaw tin stencil was sold for $209 and a tin Tubular Cream Separator sign sold for $632.50. Several painted wood McCormick signs were available including one full sign and three partial signs. The complete sign brought $412.50 and the partial signs brought $187 each. Any item with the Mowrey-Latshaw name were very sought after. One gentleman bought a yardstick for over $20 and was heard saying “for a memory” when the runner brought it to them.

Highlights from the two day auction included three original store counters which fetched $1,650, $1,430 and $880. Wooden barrels and nail kegs were popular and many unique wooden storage bins dug out from the storage areas gathered a lot of attention. Among the unique early items was an unusual fire ladder and a new-old-stock porcelain Maytag wringer porcelain washer, selling for $55 and an eight foot wooden barrel roller that was used to unload buckboards and early trucks, which sold for $192.50. A wood rope cutting block with a rope sample board sold for $275. Some of the tin working tools included brakes, benders, shapers, large cutters and patterns. Several yellow painted ladders used throughout the years with the Mowrey-Latshaw name were there for the bidding. A large oversized tin candlestick store display, approx. 4 foot tall, sold for $137.50. A framed Keystone Farm Wagon Advertising print brought $1,127.50. The third floor held a large quantity of early store receipts, notes and ledgers. The first sold choice item of the ephemera sold for $440. An early railroad cart, said to be from the Schuylkill Valley Railroad sold for $935.

While in business, one room in the store was dedicated to hunting, fishing, ammunition, firearms, traps and all hunting and sporting related. The air guns, BB pistols, scopes, ammunition and accessories were all in high demand.

The real estate sold on Saturday, November 2nd, the second day of the auction. There was spirited bidding throughout the process and sold for the strong price of $233,580. It will be exciting to see the buildings transformation by the new owners in the months to come.

This was a fun and exciting auction that liquidated a well known local store that serviced clients for several generations. The auction attracted buyers both in person and through absentee bidding from many states including all surrounding states, Virginia, Alabama, Florida and California. When praised with the way the auction went, Auction company owner Kim Douglass replied that she is proud to have a hard working team that helped make that happen.

Kimberly K Auction, LLC based in Boyertown PA offers live and online auction services of collections, personal property and real estate, as well as appraisals and consults. Owner Kim Douglass, who has been in the auction industry for almost 30 years is a Graduate Gemologist and a designated personal property appraiser. Find out more at www.KimberlyKAuctions.com ; KimberlyKAuctions@gmail.com or 215-416-8837. 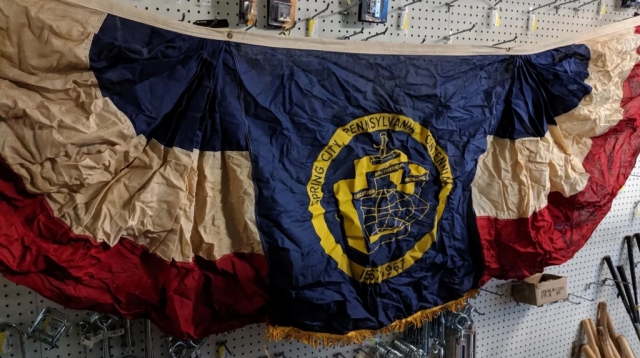 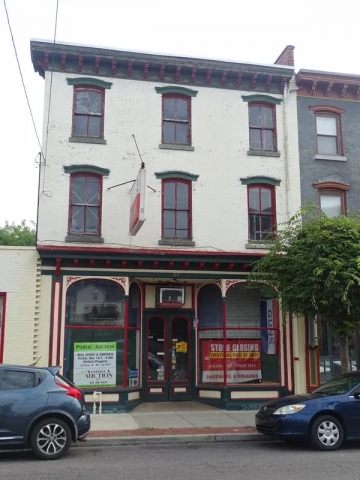 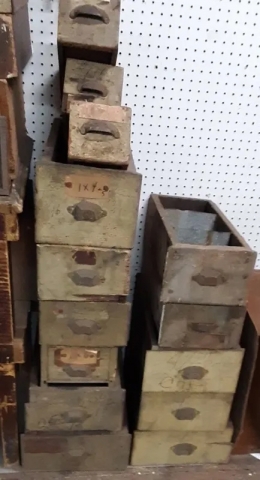 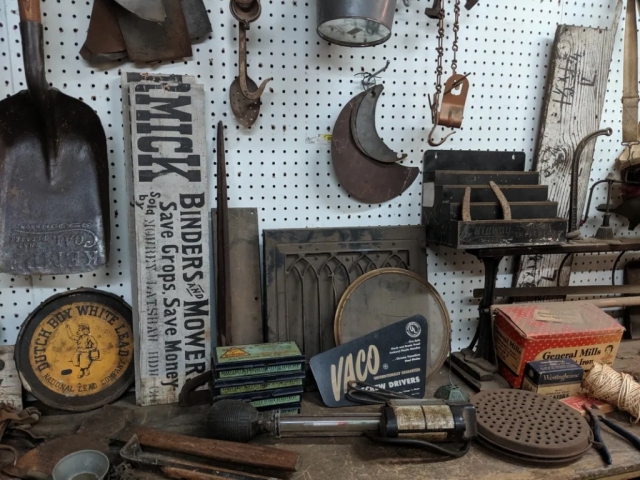 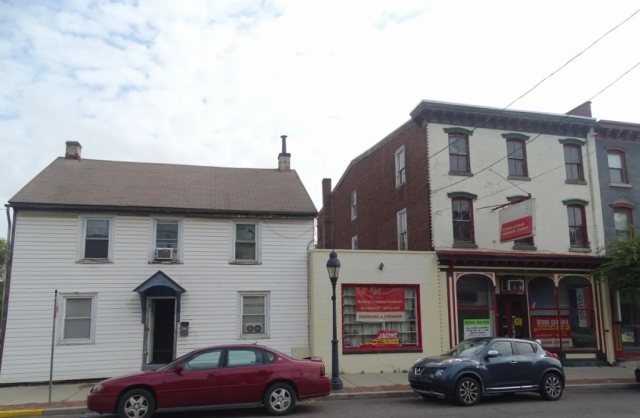 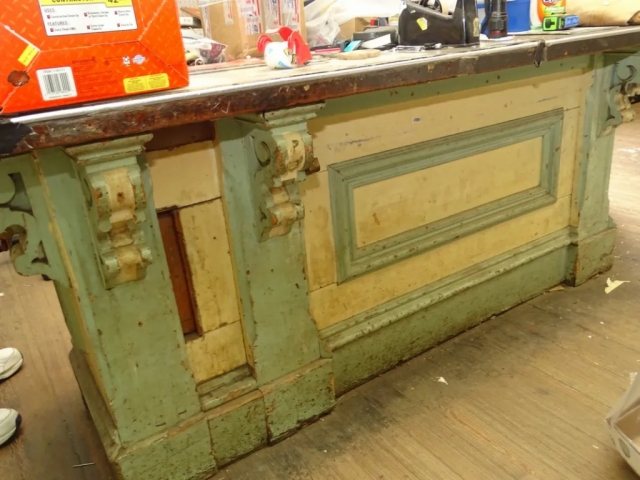 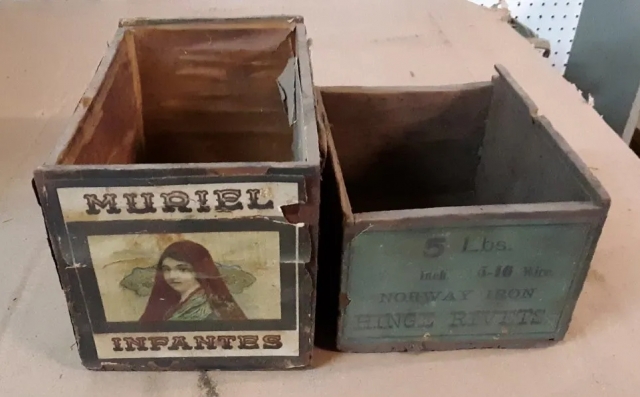 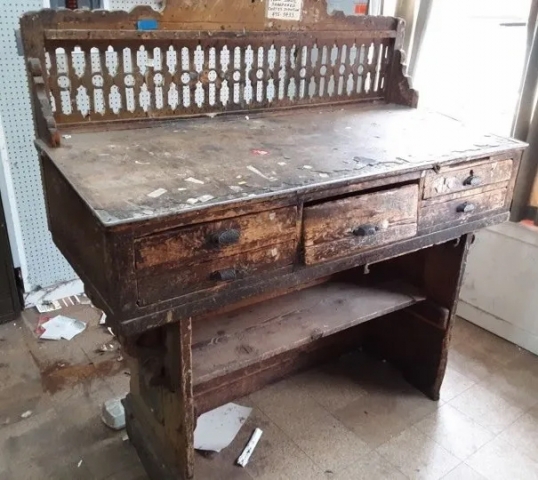 This was a FUN one! (Photo Gallery below)

On Thanksgiving weekend, 2018, Kimberly K Auction, LLC held a two day live, onsite auction for the Estate of John K. Reed of Boyertown, Pennsylvania. Despite the bitter cold, they were all blessed with a beautiful day with no rain or snow and over 500 people in attendance throughout the two days. Attendees were from almost a dozen different states. Auction company owner Kim Douglass said “it was one of the most fun auctions I have ever done – from prep to sale day. We just kept discovering more and more interesting things throughout the house and barn”.

Contents included hundreds of early and unique items from each family generation who lived on the property since their grant from William Penn. They found many unopened crates sent back from Japan when Mr. Reed’s parents were stationed there after WWII. Mr. Reed’s father was a pilot and his mother was a nurse during the war. The many items included early toys and ephemera, cast iron tea pots, lacquerware and porcelain tea sets, early Halloween decorations, and many items never on the secondary market before. WWI and WWII uniforms belonging to Mr. Reed’s parents were of much interest including nurses uniforms. Several photographs showing his parents wearing these uniforms were also capturing attention. The most pre-auction attention was given to the over 7,000 early red clay roof tiles and to the military uniforms and accessories.

The auction consisted of the personal property within the barn and house. Two auctioneers were selling concurrently for the two days. Friday hosted the barn items and Saturday the house items. On Friday, November 23rd, the auction company auctioned off large groups of the red clay roof tiles based on their location of original storage. Piles ranged from $1,100 for 250 count to $14,850 for a count of 2000. An ornate single tile was $88 and a grouping of 55 red clay roof caps fetched an average of $56 each. All tiles totaled approximately $48,000.

In addition to the roof tiles, there were orchard ladders, signs, silo boards, early lumber, doors, hardware, barn door hinges and more. An early paint decorated wooden wheel barrow rolled out at $230 while an all wood lawn roller filled with gravel brought a smooth $82.50. A multi-drawered cabinet created from a large early organ/piano crate sold for $415. All prices reflect a 10% buyer’s premium. An early work bench with a large wooden vice sold for $440. Two amphibious ATV’s raced to the realized prices of $1,400 and $1,200.

On Saturday, the auction was held under three large tents as well as indoors. Despite little pre-auction interest, there was a huge book collection that sold with much excitement. Many of the beautifully bound books were from the Easton Press and were still in their original wrap, several of which fetched prices from $55 to $770. Subject matters were across the board from history to politics. Piles of vintage posters were also sold including a group of 20+ vintage ski posters which glided easily to $600. 1950’s and 60’s toys ranged from $50 to $600 each including many Automotive Show Room car models.

One auction tent was filled with WWI & WWII military uniforms and accessories as well as vintage clothing and Japanese kimonos. Several ladies’ naval uniforms brought over $200 each, a Japanese first aid shirt $155, and a strong box filled with American Red Cross Items realized $110. A “Medical Department” Naval blanket also brought $110. A Marine identified trunk sold for $275 and a Marine pilot jacket in as-is condition flew to $220. While the auction was winding down, the prices were not with a winter WWII bomber outfit of cap, boots, coat and zip pants flying to $715. Two pair of bomber goggles sold for $165 and $110. A military target kite found on the attic floor camouflaged by layers of dust sold for $340. 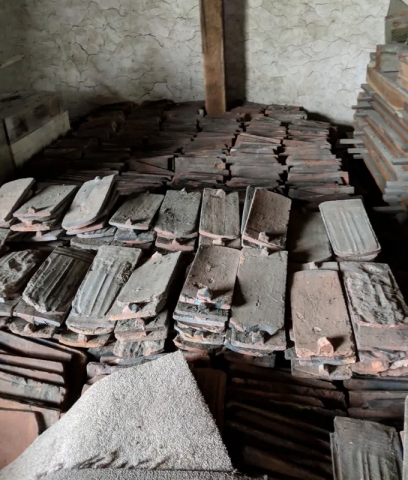 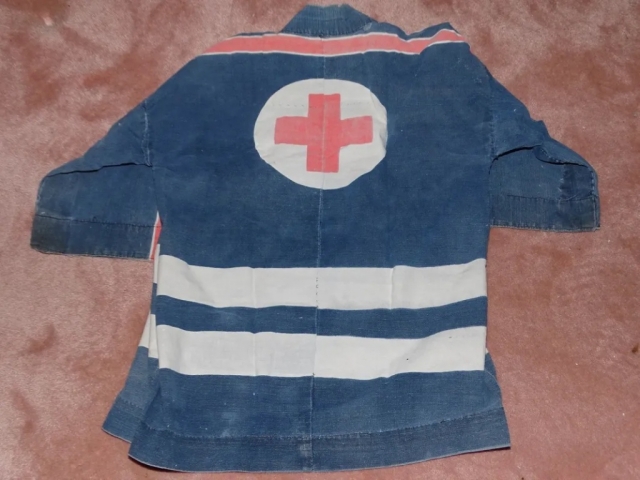 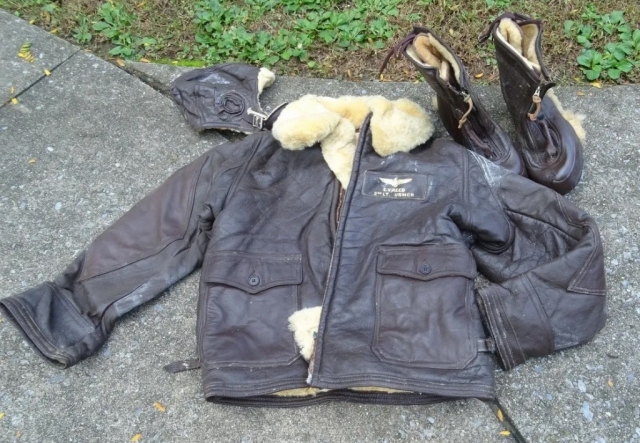 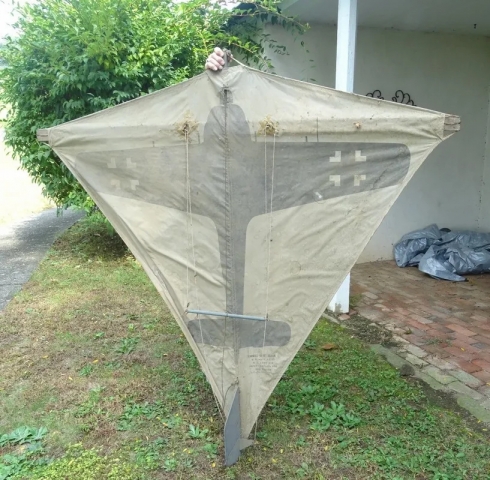